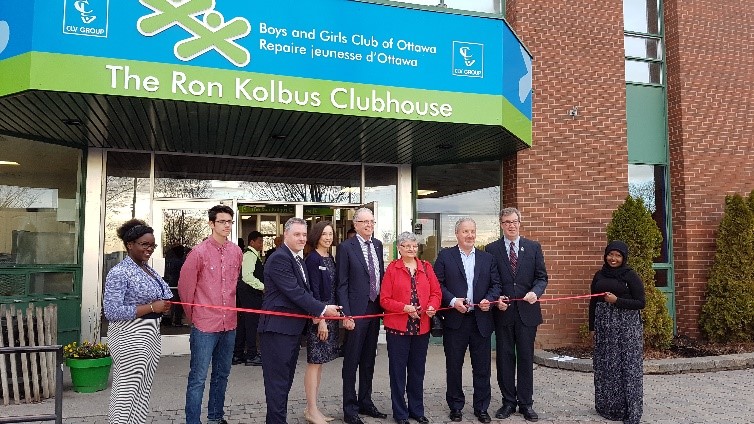 On Wednesday, November 14th, 2018, the 24th annual AFP Philanthropy Awards dinner was held at the National Arts Centre’s new Canada Room. The annual dinner features the charity, corporate and business communities of Ottawa who have displayed outstanding philanthropy and dedication towards bettering their communities.

Eight individuals were honoured at this ceremony, including the late Johnathan Pitre, whose mother, Tina Boileau, accepted the Inspiration Award on his behalf.

Mike McGahan, CEO of InterRent REIT and President and CEO of CLV Group, humbly accepted the Outstanding Individual Philanthropist award. Mike McGahan was nominated for the award by the Boys and Girls club of Ottawa for his continued work with the organization as well as his $1.5 million donation to revitalize the organization’s facilities and extend after school programming.

Mike McGahan credits the exceptional philanthropy work of InterRent REIT and CLV Group to his team and their individual dedication to several causes of varying magnitudes. He and his team at InterRent and CLV Group are committed to bettering their communities, offering their time, services and donations to several local and national charities regularly, including the Ottawa Food Bank, Habitat for Humanity, Snowsuit Fund and many more.

“This is not an individual award, this is really about my team,” McGahan said to Ottawa Business Journal in an interview, “I’ve got an amazing group of people. One of the tenets of our company is about giving back and what more can we do. We want to leave a legacy and try and make our community better.”

Mike McGahan and his team at InterRent and CLV Group are grateful to be recognized with this honour and will continue to dedicate their efforts to more causes and encourage their teams to participate in further initiatives.

Pictured above: various charitable events and causes CLV Group and InterRent were involved in during 2018.