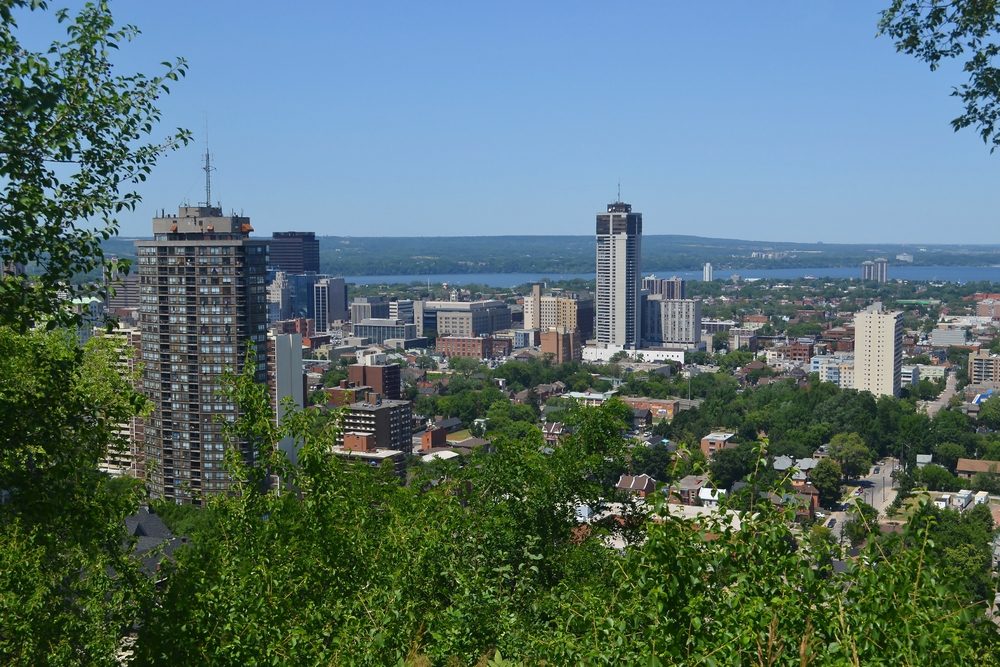 Hamilton is one of Ontario’s hidden gems. With a population slightly under one million people, Hamilton is larger than a small city but not quite a metropolis, making it the perfect location to make your home. Hamilton has a lot to offer in way of education, accessibility, sports teams and picturesque views. Here are 5 reasons why Hamilton is attracting students, young professionals and families as one of the best places to live in Ontario:

Hamilton is known as a harbour city and wraps around the westernmost part of Lake Ontario. With breathtaking views of water and foliage offered from many vantage parts around the city, Hamilton is a picturesque setting you can’t help but enjoy. Albion Falls is another water attraction in the Hamilton area – a beautiful 19-meter waterfall located in the city. Fun Hamilton Fact: Rocks from Albion Falls were used in the construction of the Royal Botanical Gardens’ rock garden, also located in Hamilton.

Hamilton is about an hour-long drive from Toronto (roughly 70km). This means that the excitement and allure of big city attractions are only a short distance away, but far enough as to provide more greenspace and serenity. This balance between big city life and smaller city charm makes Hamilton an attractive haven for people of all ages.

Short Distance to the United States of America

Hamilton is roughly 100km from Buffalo, NY. Many Canadians love to take short trips to the US for their outlet shopping and renowned brands, products and restaurant chains unavailable in Canada. Within an easy drive from Hamilton, just over an hour long, you have access to some of the state’s best outlet shopping and attractions. Weekend road trip!

Established in 1950, this Canadian Football League team has earned 8 Grey Cup wins. The team was created from a merger between the Hamilton Tigers and the Hamilton Wildcats. The Tiger-Cats play in the newly built Tim Hortons Field which opened in September 2014. The team has a long history of loyal fans and a tendency to bring excitement to all ends of the city! If you’re in town during football season, you won’t want to miss the chance to see the Tiger-Cats in action!

Hamilton, Ontario is a beautiful and growing, exciting city. Check out our fully renovated and newly managed CLV Group Hamilton apartments for rent.